FIC Parent Support Partner Gives Back to Help Others Succeed 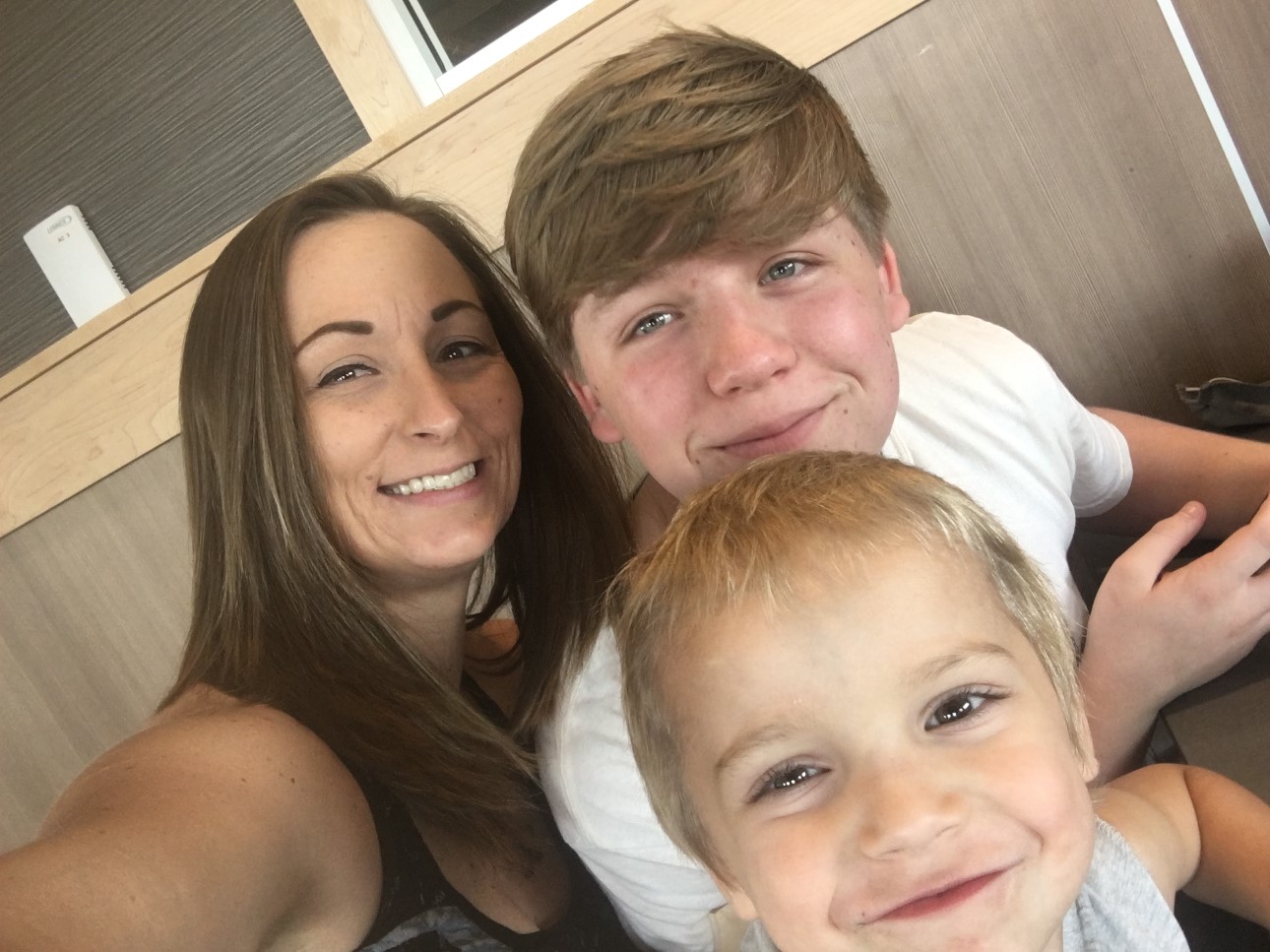 On May 22, 2017, the day they took her two-week-old son away, Jessica Christiansen was looking forward to leaving the hospital. JJ, born 4-1/2 weeks early and substance exposed, spent the first two weeks of his life in the neonatal unit. Homeless at the time, Jessica was living at the hospital and spent all her time at JJ’s side, sleeping in a chair. While the hospital occasionally offered her meals, she was grateful for the friends who helped with food, clothing and other basic needs.

“It was a long two weeks,” she remembered.

Jessica had made arrangements to move to the Stepping Stones domestic violence shelter, where she was anxious to move on and create a better life for herself and JJ. When she was about to leave the hospital with JJ, however, law enforcement officers stopped her. JJ was taken into DCS custody. Stunned, Jessica was told a hair sample taken earlier tested with high meth levels, reflecting daily meth use.

“At that point I hadn’t used meth heavily since I’d learned I was pregnant, so I told them they were wrong,” Jessica explained.

The sample they used from the end of her shoulder-length hair was old. It didn’t reflect her current situation. Jessica was able to submit a new sample, but DCS wouldn’t change the case plan.   A friend was waiting to take Jessica to Stepping Stones. But without JJ, they instead went to the friend’s house.

“My world just shattered,” she said. “I cried during the drive, after I got to his house, and for another day.”

When Jessica learned she was pregnant with JJ, she was homeless and living in her truck in Prescott Valley. She was a heavy meth user and quit “cold turkey.” Yet she still used a few times early in her pregnancy.

Jessica’s meth addiction began in 2000. Despite being against drugs her boyfriend pressured her to “give it a try” when she was 18.  She eventually gave in. Meth gave her energy and a new zest for life. At the time, Jessica was living in California and had a lucrative job and promising career as a sheet metal worker. She also worked a second job at Marie Callender's.

“Within three months I lost both my jobs and my apartment,” Jessica recalled. “Two months later, I lost my car.”

After that, Jessica struggled for years with periods of meth use and homelessness. She went through cycles of treatment, would be clean for a while, and then relapse.

Once, while getting help from a women’s gospel mission, Jessica’s mom sent her a bus ticket to Arizona. She had just moved to get clean and wanted Jessica to join her.   Although life improved after moving to Arizona, addiction continued to plague Jessica. She lost custody of her older son for 3-1/2 years and had partners who were abusive. JJ’s birth was to be the start of positive life changes.

A week or so after JJ was taken away, Jessica went to her first DCS hearing with no family or friends for support.

She was met by a woman who walked up and said, “You don’t know me, but my name is Nadine, and I’m here to support you.” This was Jessica’s introduction to Family Involvement Center. From that moment, Jessica began the hard work of staying clean and building a new life for her and JJ. FIC’s Parent Support Now program helped Jessica take the steps needed to get JJ back.

“Nadine was my cheerleader, supporting me to make the right decisions about JJ’s dad and providing emotional support when DCS made me feel like I was an awful person,” Jessica said. “DCS called me a liar about my meth use.”

Nadine met with Jessica weekly and helped her file custody documents, get an Order for Protection against JJ’s dad, and schedule Child and Family Team meetings with DCS.

With FIC’s support, as well as support from Stepping Stones and 12-step recovery groups, Jessica made strides in her recovery.  She found a job, a place to live, and learned about how her childhood experience with familial domestic violence and addiction, as well as her own guilt and shame, impacted her life as an adult.  She developed a positive relationship with JJ’s foster parents, and she stayed drug free.

While the average time DCS parents wait to be reunited with their children is 9-12 months, Jessica reunited with JJ on October 31, 2017, just over five months after DCS took him away. Her case was closed on February 6, 2018. After Jessica and JJ were reunited, FIC offered Jessica a job as a Family Support Partner.

Because JJ shows signs of attachment disorder, Jessica and JJ are enrolled in behavioral health services. Jessica also developed a relationship with her father, whom she met about a year ago. She also enjoys a positive relationship with her other son, Mitchell, and still has a bond with JJ’s foster parents. She’s been drug free for more than 3-1/2 years and is proud to work for FIC, as well as have the opportunity to give the support she received from Nadine to other parents.

"I truly believe that no one is beyond hope, and that miracles really do happen,” Jessica said. “My life is a perfect example of that, coming from where I was to where I am now. It's beyond my wildest dreams. With the right support system and a lot of self-love and determination, anything is possible!"

Get Support Now
Select SAVE